The 20 Indian Start-ups That Entered Unicorn Club in 2022

Unicorns are very rare and beautiful animals. They are not real, but they have become a symbol of something that is extremely hard to achieve.

In the start-up world, a Unicorn company is referred to as one with over $1 billion valuation. In 2016, there were 147 unicorns around the world, with a combined valuation of $1 trillion. In 2022, the total start-ups that entered the list of Indian Unicorn clubs had a combined value of $343 billion, raising the overall funding of $94 billion and taking the total number of Indian Unicorns to 106. 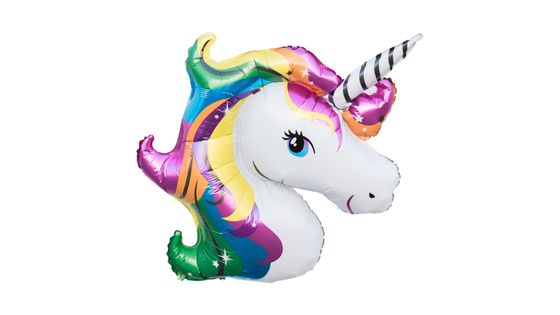 Fractal had undergone five rounds of funding that helped it to reach $685 million, which ultimately helped the company to cross the valuation of $1 billion and enter the unicorn club in 2022.

Lead is a Mumbai-based company founded in 2012 by founders Smita Deorah and Sumeet Mehta. The company is an ed-tech start-up that provides integrated teaching and learning system to schools by combining the curriculum, pedagogy, and technology. Lead is currently providing service to 2 million students in more than 5000 schools across 500 cities in India. Company’s valuation till day is $1.1 billion.

Darwinbox raised $72 million in the funding round held in January by Technology Crossover Ventures (TCV) and became the third Indian Unicorn company this year.

Darwinbox is a Hyderabad-based, cloud-based HRtech company that was founded in 2015 by Jayant Paleti, Rohit Chennamaneni, and Chaitnaya Peddi. The company provides the service of automating the entire employee lifecycle to one HR platform. The platform further helps to fulfill various HR requirements like recruitment, payroll, onboarding, and tracking and managing other core services like attendance, directory or leaves along with travel and people analytics.

DealShare is a Bengaluru-based social commercial start-up that has successively raised $330 million till now, registering among the Unicorn Company in the country. The company was founded in 2018 by Vineet Rao, Sankar Bora, Rajat Shikhar, and Sourjyendu Medda, providing social e-commerce marketplace. The company helps the middle-class population to assist in online shopping, especially for household products and groceries, through social media platforms like WhatsApp. The company focuses on providing cost-effective products to the masses specializing in the sales of less popular or lesser-known brands.

Till now, the company has successfully raised $330 million.

ElasticRun was founded in 2016 by Saurabh Nigam, Sandeep Deshmukh, and Shitiz Bansal in Pune. The company provides extended assistance to the FMCG companies’ direct distribution network, especially in the rural areas supporting Kirana business to shape the marketing strategies.

The company entered the club unicorn club in 2022 by raising $1.5 billion in a series E round on the Inc42’s estimates.

A Bengaluru-based home renovation and the interior designing company was founded by Ramakant Sharma and Anuj Srivastava in 2014.

The company has gone through 10 rounds of funding to date and raised $450 million. The company’s F round was raised $180 million, led by KKR & Co.

Incepted in 2017 by Gaurav Kumar, this company is headquartered in Chennai. The company is an online debt platform that connects investors and lenders online, thus, connecting the corporate clients.
The company is the seventh Indian Start-up to register its name in the unicorn club this year.
According to Inc42, the company raised $135 million in a B-series funding round which Insight Partners led. Currently, the overall valuation of the company is $1.2 billion.

The firm was founded in Trivikraman Thampy and Bhavin Pandy in 2006. The company consists of several gaming houses, RummyCircle is one of the popular brands.

The company became one of the entrants in the 2022 unicorn club of India by raising its valuation from $692 million to $2.1 billion in just a few months.

Oxyzo provides financing solutions to SMEs that are engaged in contracting and Manufacturing sectors. The company was founded in 2016 by Ruchi Kalra and Asish Mohapatra.

The company claims to provide its services to more than 2,500 SMEs and claims that it has been growing a hundred percent. The company has raised $200 million in its first institutional rounding from Tiger Global, Norwest Venture Partners, Creation Investments, and Matrix Partners.

Uniphore has become part of Unicorn club 2022 by raising $400 million in its last round, making the total valuation of $2.5 billion. The company was found by Umesh Sachdev and Ravi Rastogi in 2008 and has been providing solutions like conversational AI, robotic process automation, and workflow automation solutions to various clients in different industries.

Hasura raised $100 million in its last round of funding from Nexus Venture Partners, Lightspeed Venture Partners, Vertex Ventures, and Greenoaks capital summing up the total funding amount to $136.5 million this year, making the company one of the members of Unicorn club 2022.

The company was founded in 2018 by Rajoshi Ghosh and Tanmai Gopal. It provides data access and data flow solutions with GraphQL APIs to speed up the data and product delivery process.

Xpressbees is a Pune-based delivery start-up established in 2015. The company is one of the biggest eCommerce companies providing delivery services.

In this year, the company entered the Unicorn Club of India by raising $300 million, followed by a series F funding round headed by ChrysCapital, Blackstone growth, and TPG Growth.

The company traversed $1 billion mark by raising $50 million in 2022, which IIFL founded.
It has headquarters in Bengaluru and provides expense management and payments management solutions and banking services to enterprise customers.

The company was established by Mabel Chacko, Deena Jacob, Ajeesh Achuthan, and Anish Achuthan in 2017.

Another edtech company that became 101st enterprise to mark an entry in the Indian Unicorn club, the company has been valued at $1.1 billion.

Alakh Pandey and Prateek Maheshwari are the founder members who established the company in 2020, intending to provide competitive exam preparation services to the students of IIT, JEE, and NEET exams providing cost-effective and comprehensive learning solutions to the aspirants.

Purplle was established by Rahul Dash and Manish Taneja in 2012. A Mumbai-based start-up, the company deals in beauty products and equipment online.

The firm recently marked its entry in the Unicorn club of India with a value of $1.1 billion.

The company recently became a part of the Unicorn club in 2022 by raising $153 million in a C series funding round by WestBridge.

LeadSquared has been serving over two thousand enterprises across 40 countries with more than 15000 mobile users.

OneCard has registered itself in the Unicorn club by raising approximately $100 million this year by following Series D funding. The company’s present valuation of $1.25 billion.

This start-up is an open-source platform that provides smart contract and ESG ranking services grounded with the UN contract on sustainable development goals. Incepted in 2021 by Prateek Dwivedi, Vilma Mattila and Pratik Gauri, the company is a blockchain provider platform. The company became part of the Unicorn club in A series funding itself, raising approximately $100 million. 5ire’s current valuation is $1.5 billion.

Shiprocket is another Unicorn Company that added it got its name listed on the top 20 Unicorn list in 2022 by raising $185 million led by Lightrock India and Zomato.

The company was founded by Saahil Goel, Gautam Kapoor, and Vishesh Khurana in 2017 to fulfil the logistics demands of around 2.5 lakh sellers.

How Do Students Choose The Best BJMC college in Delhi NCR?

Frances Haight is a creative content writer and has good work experience in the publishing industry. She is also a freelancer and shares blogs on technology, fashion, health, art, and lifestyle. In her free time, Frances loves visiting museums.

How Do Students Choose The Best BJMC college in Delhi NCR?

Why Hiring a Pet Relocation Company is a Good Idea?

6 Essential Tips For Flying With Kids

What is the Difference Between Sprint Backlog and Sprint Goal?

The Benefits of Music Therapy

Manny Montana: From The Football Field to The Marvel Cinematic Universe (MCU)

How to Deal With a Bed Bug Infestation?

No Result
View All Result